Abstract art is an example of a composition which features a level of abstraction. It is often criticised by stereotype for resembling children’s art and requiring no skill to create.[1] This conventional image has formed as a result of traditional Western art, where a work of art ought to represent its subject as closely as possible. Wassily Kandinsky, arguably one of the movement’s most important painters, thought otherwise. He believed that colour, composition, forms and lines could be used in a painting to not only portray an object but express the artists’ feelings and emotions.[2] 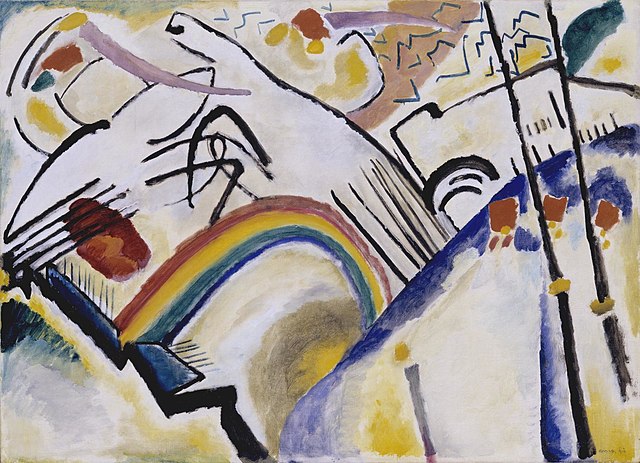 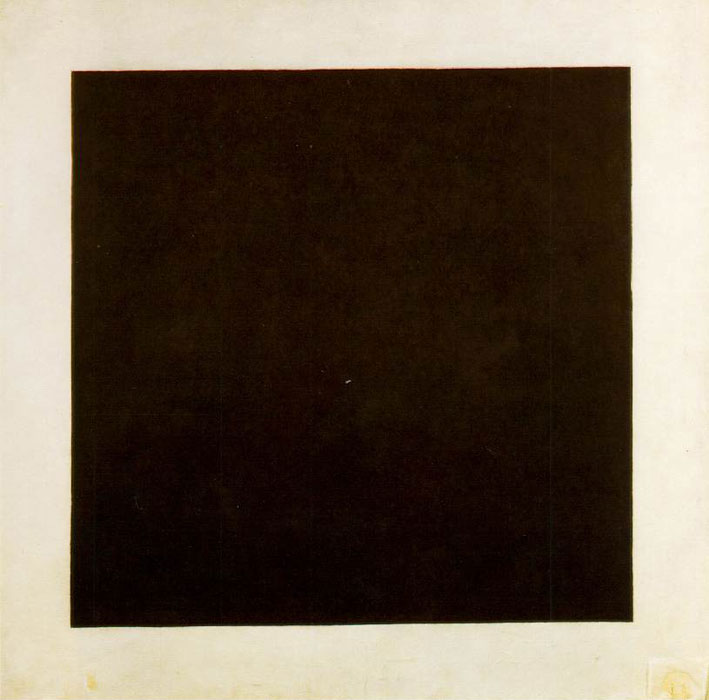 Abstraction, strictly speaking, refers to a work of art that is a departure from reality. For that reason, all art is an abstraction, even photorealist works. The only exception is where the work is the subject it represents, such as My Bed, by Tracey Emin. In reference to abstract art, there are two types: representational and ‘pure’ abstraction.

Any art drawn from reality aims to convey a subject in the painting. One must note that in all cases the original is altered, with forms simplified or schematised, when it is represented by the artist. This makes the final composition an example of an abstracted work of art.

Pure abstraction, also known as concrete art,[3] aims to completely remove all reference to the world and focus purely on the emotions and the subconscious of the artist, represented through colour, form and particularly geometric marks.[4][5] The only problem with pure abstraction is that when a viewer sees a painting the way they interpret the piece may allow them to discern a subject in the painting. The earliest such paintings appeared in the early 20th century – with his free use of colour and imagination Henri Matisse came very close to pure abstraction with paintings such as The Yellow Curtain (1915). Most argue that Malevich’s Black Square (1923) was one of the most iconic earliest paintings whose aim was to create an artwork that is purely abstract. Malevich called his new approach to painting suprematism, where geometric shapes and colour take supremacy over the painting.[6]

History of abstraction in art #

In the late 19th century, as photography started to gain a foothold, artists began to experiment with the idea of abstraction so as not to compete with the camera. Movements such as Impressionism and Expressionism, which did not focus on an accurate depiction of reality, started to appear.[7] 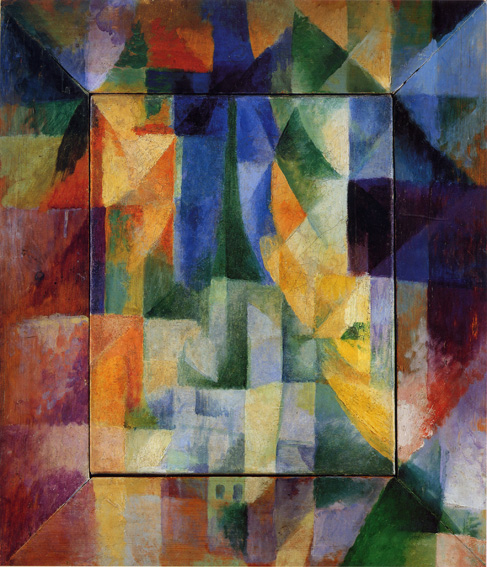 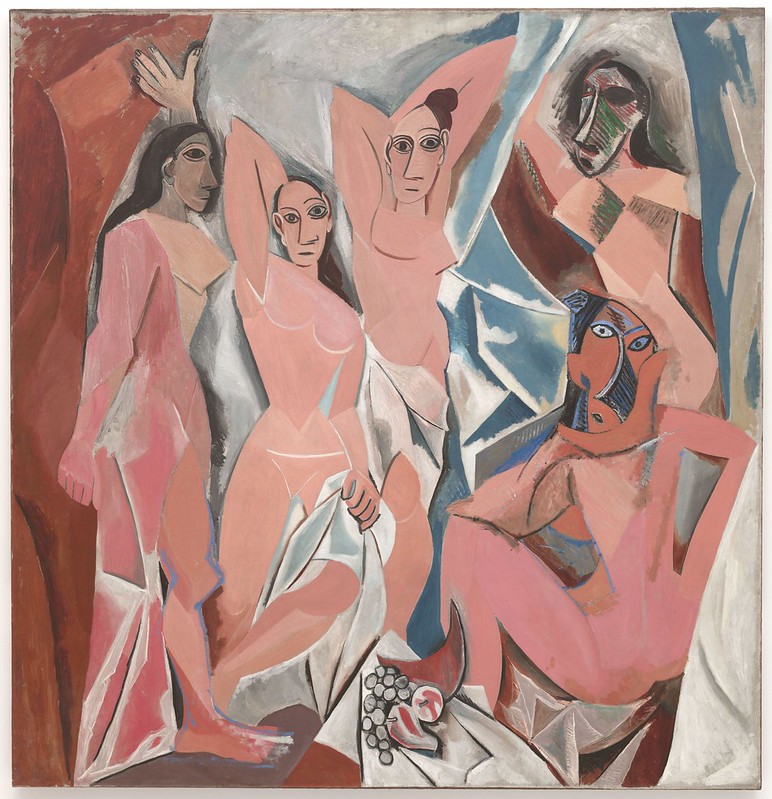 By the beginning of the 20th century, these movements evolved into other more abstract ones, for instance Cubism and Fauvism, pioneered by artists such as Pablo Picasso and Georges Braque. Ultimately, these two movements were the most prominent and opened the door to pure abstraction. Picasso rejected these ideals, leaving artists such as Sonia Delaunay to create a branch of Cubism called Orphism, which aspired to remove any subject in the painting, relying on form and colour to communicate meaning.[8]

By the mid-20th century, during the Nazi rise to power, many artists fled Europe to America. Immigrant artists began to form groups with similar ideals, a prominent such group formed in New York, knows as the abstract expressionists.

Abstract art has now entered mainstream contemporary art. As digital art and illustrations steadily increase in popularity with the onset of tools such as Adobe Photoshop and Illustrator, simplified and abstracted forms, images and icons are becoming more common.

Abstract expressionism was a post-war movement in the mid-20th century, pioneered by artists such as Jackson Pollock. It evolved from Surrealism and was based around the spontaneity of the artist,[9] who often used this style to express their anxiety, grief and trauma brought about by World War II.[10] The abstract expressionists were primarily based in New York and centred their work around the surrealist idea that artwork ought to come from the unconscious mind, a process known as automatism.[11] Most notable is Pollock’s action painting style[12], where the spontaneity of the artist’s physical actions is the centrepiece of the work, with paint often smeared, splashed or dripped straight onto the canvas.[13]

Colour field is a style of abstract painting that is very closely associated with abstract expressionism, featuring artists such as Mark Rothko and Barnett Newman. Its primary goal was for large, flat areas of colour that gave equal importance to all parts of the canvas,[14] making such artworks examples of ‘pure’ abstraction. Rothko was against this terming and strongly believed that his artwork had a subject.[15] Newman’s work is characterised by areas of colour separated by upright vertical lines, or as he called them, “zips”.[16] Most of his works are purely abstract and the names were given retrospectively years after their creation.[17] 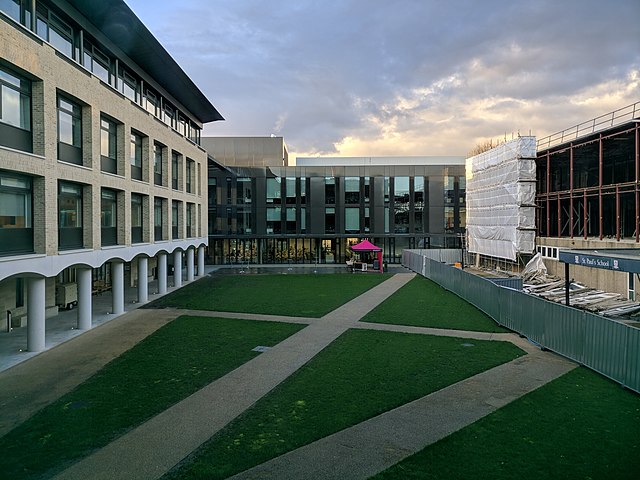 In the early 20th century the Bauhaus German art school was formed, with an aim to teach modern art, architecture and design. It started ideas which influence Modernist architecture to this day. The original buildings of the Bauhaus school, designed by Walter Gropius and opened in 1919, exemplified objectives such as the celebration of industrial materials and construction techniques and the absence of useless decorations.[18] It utilised clean lines, elegant geometric shapes and volume and a well-considered use of light, space and materials.[19] Bauhaus did not focus on architecture, and did not even offer a course for it until 1927.[20] The schools moved from Weimar to Dessau in 1925, and in 1932 to Berlin, where it was closed by the Nazis a year later. Bauhaus teaching sought a utopian goal community of artists who would bring art and architecture into everyday life,[21] by making it affordable and therefore contributing to society.[22] The ideology believed that exposed concrete, raw materials and large glass openings would connect the inhabitants to the outside world as often people spend so much time indoors.

Bauhaus influenced many artists who emigrated around the world as a result of the Second World War, many of whom settled in Israel, Western Europe and the USA. The White City in Tel Aviv, for example, consists of over 4000 Bauhaus-style buildings constructed in 1933-1939. At the time Tel Aviv was a small city and the rapid wave of immigration required new housing to be built. Bauhaus was chosen as it was cheaper and favoured function over form, devoid of unnecessary embellishments.[23] Most constructed buildings featured clean, angular lines and narrow and tall “thermometer windows” to handle the intense sunlight and heat, unlike Bauhaus-style buildings in Europe.[24] Although the new St Paul’s School buildings designed by Nicholas Hare Architects are an example of contemporary architecture, they feature key elements of Modernist design, with exposed concrete slabs and large glass windows.